The Top 7 Creative Entrepreneur Video and Audio Interviews So Far

As I write this it's been about nine months since I launched "The Creative Entrepreneur" interview series. A total of 23 interviews have been posted. It seems like a good time to assess how the series is being received by viewers and listeners.

As you may know, the interviews are available for free as YouTube videos and as an audio-only podcast via iTunes, Stitcher and more.

Of course, these aren't "Gangnam Style" numbers, but I'm pretty happy with them.

Now let's compare the most popular video interviews with the most downloaded audio versions. Here's where things get interesting, because there are some sharp differences.

5) Barbara Winter, Making a Living Without a Job (534 views)

7) Joel Friedlander, How a Book Designer Took the Internet by Storm (373 views) 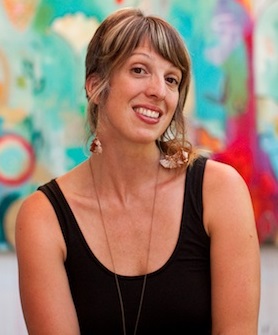 You may notice that the Flora Bowley interview is by far the most viewed, with more than double the views of the second-place video. In fact, Flora's view count makes up 24% off all YouTube views of the 23 interviews combined.

Why is she so popular? Well, I don't know for sure, but it is a great interview. Plus she has a book out and a growing fan base. And video is such a visual medium that I'm sure her peeps are searching for her more on YouTube than on audio-only media.

Note that another visual artist, Tom Fedro, is at #3. Another indication that visual artists use YouTube for inspiration.

Now let's take a look at the numbers for the podcast ...

The Most Popular Audio Podcast Interviews 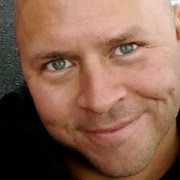 I was thrilled to see the Derek Sivers interview high on both lists. He's a big draw and gave a great interview. But you may notice some big differences on this audio list. Only two other people - Dan Miller and Jack Conte - appear on both the video and audio lists. All of the others in the Top 7 are different.

Again, I can't know the reasons why the lists are so different with absolute certainly. My best guess: Cari Cole, Ariel Hyatt and Jo-Na Williams are music business focused and perhaps draw more audio-centric music people. And Pat Flynn has a top-rated podcast on iTunes, which probably boosted his numbers.

Some good news: The audio podcast version seems to be growing in popularity. February 2014 saw 1,990 downloads, which make up 25% of the total audio downloads for the entire series. Also note that the podcast version of "The Creative Entrepreneur" didn't start until October 2013.

So what do you make of these numbers? What are your favorite interviews so far? I welcome your comments below.

Connect with Bob on Google+
Posted by Bob Baker at 4:46 PM