I'm on a mission to inspire and empower anyone who has a desire to make a difference (and a living) using their unique talents and abilities.

One way I serve that purpose is with "The Creative Entrepreneur" interview series. I launched this site with two interviews in the can. I just recorded a third, and I have three more exciting guests scheduled.

Here are just some of the cool and creative people who will inspire you in the weeks ahead ...

Email ThisBlogThis!Share to TwitterShare to FacebookShare to Pinterest
Categories: Journey

Discover the Big Career Shift That Inspired This Website What to know the details behind the big career shift that lead to the creation of this site, book, and interview series? I tell all on this episode of my long-running Artist Empowerment Radio podcast.

I'll be honest. What I reveal on this episode is scary for me. But it's something I need to do that I think you can learn from.

Email ThisBlogThis!Share to TwitterShare to FacebookShare to Pinterest
Categories: Journey 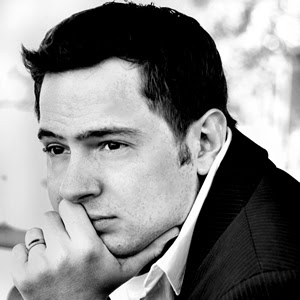 I first met Jason Van Orden in the early 2000s when he still had a day job and was pursuing a career as musician with his wife Melanie. In 2003 he quit his day job and struck out on his own.

It took a couple of years, but he eventually set his sights on becoming a podcasting expert (find out the role I played in that decision). That lead to his current thriving business, called Internet Business Mastery. These days Jason is a highly regarded online business coach, content creator and teacher.

Email ThisBlogThis!Share to TwitterShare to FacebookShare to Pinterest
Categories: Interviews

Welcome to the debut episode of "The Creative Entrepreneur"!

I can't think of a better first guest than my old pal Scott Ginsberg, aka "That guy with the nametag." In this interview Scott reveals his keys to success, and towards the end gives some surprising (dare I say "shocking") news about how he completely switched gears with his career.